Every year on new years eve we go through our "Good Times" jar where we write down every fun thing we did through the year.  It's a good time to review what we actually did, and be reminded of all of our blessings.

With our significant snow fall we received for Christmas we have been able to have some fun playing in the snow.  Even PJ enjoyed himself.

One gift that Rachel received from Isaac was a ballon animal making kit.  She was super thrilled about it and broke it out the day after Christmas.  Everyone is having a blast asking her to make them animals, swords, hats etc and she is more than happy to do it for them.  She even designed a balloon viola for me.

Christmas Day was on a Sunday this year which meant we had the opportunity to attend Sacrament meeting as well as all of our other Christmas celebrations. We told the older kids they needed to be dressed and ready for church before they could open gifts.  I was expecting a lot of complaints but there were not.  I made Benjamin a teakwood belt board and Rachel got a camera that she was asking for.  They also got iPod mini's that they can put their own music on for our vacation this summer, woopee cushions (for fun), paint by number sets, legos, Pokemon accessories, paw patrol characters and SO much more.

After church we attended church and shoveled the driveway for the second time we decided to head down to Grandma Dorothy's and Grandma and Grandpa Anson's to take part in the Christmas shenanigans down that way. We received a lot of snow over night which made driving slow but it really wasn't bad at all.  We had a great time eating waffles, singing, laughing, visiting and being with the Adams and Grandma Dorothy.  Then we enjoyed more fun and food with cousins.
Posted by Marc and Liz Anson at 12:34 PM No comments:

For Christmas Eve this year I decided to try out three new things I would like to make traditions - but only if they went well and the kids enjoyed them.

The first one was for the kids to create a Lego nativity - together without fighting.  This one went over really well, I was slightly surprised to be honest.  I have tried to get them to do several things like this but it always ends in tears.  This time they didn't fight but a a lot of fun doing it.  We even set out the nativity for a while and of course left it out for Santa to see.

A second thing I tried was Christmas pizzas complete with snowman cheesy bread.  It was a raging hit!   There was plenty of pizza to go around and enough for a second meal the next day - bonus!

The third tradition we did was technically something we have already done for years but I decided to revamp it.  Instead of wrapping everyones Christmas pajamas individually I put them all in 1 big box, with a new movie and treats to have during the movie.  The kids exclaimed that this was the BEST way to get their new Christmas Pajamas!

Everything we did was a hit, I expect we will be making them part of our Christmas Eve traditions from here on out.

Rachel had her Christmas recital on December 22nd.  She played 2 amazing pieces from memory:
Ukrainian Carol of the bells and I saw three ships.  Grandma Dorothy was able to come on the train and listen to her play.  We are all amazed and proud of the hard work she has been doing to learn the piano.

Santa knew that we weren't feeling well for a long time so he decided he needed to come to our home for a personal visit.  He showed up one evening after baths and surprised the kids with a big "Ho Ho!"    Hannah literally about jumped out of her skin when I answered the door.   He spent individual time with each kiddo, asking what presents they were hoping for and then gave them each a candy cane. Isaac walked right up to Santa and sat on his lap without any problems.  Andrew didn't want to go any closer to him than necessary but he communicated (through me) what he was hoping for - a tank that shoots darts that suction to things.   Benjamin asked for socks and underwear which surprised Santa, but don't worry he also asked for about 5 other things.  After visiting with the kids individually he had them sit down where he taught them why we celebrate Christmas, Christ's birth.  Then we all sang a song together and he was off on his way.  The kids LOVED it! For Andrew's Christmas field trip they went to the mall to ride the train around and do a visit with santa.  Andrew wanted nothing to do with Santa (not super surprised) but he was all over the train ride.  Marc was able to go and was a good sport about riding on the train with Andrew and Isaac.
Posted by Marc and Liz Anson at 11:56 AM No comments:

Rachel had her Science fair on December 14 and received 2nd place.  We are beyond excited for her.  She worked hard (as did we) for weeks before hand.  She decided to test our toilet seat to see when you should clean the toilet seat.  She learned that you should clean it at least every other day.  I learned just  how disgusting my toilets actually are.
Posted by Marc and Liz Anson at 11:51 AM No comments:

Our Andrew turned 4 this year.  He was SO excited to have a birthday.  He has changed so much this last year.  He is working through his anxiety and has way more good days than bad days. He is learning simple math and  is reading simple words.  He is my sweet helper and perfect snuggler. I think he will always will be.

On December 3rd we rode the train down to Salk Lake to see the lights on Temple Square. We missed going last year so it was a special treat to make it this year.  He spent a prefect amount of time walking around, seeing the lights and lanterns. Everyone was in a good mood, listened well and enjoyed themselves - both on the train and walking around.
Posted by Marc and Liz Anson at 12:41 PM No comments:

These two, Benjamin and Hannah.  They are trouble when they get together.  They are also good friends.  They also make me crazy most days. So when I sent them outside to finish shoveling the driveway but couldn't find them a short time later I figured they were off causing more mischief. Well t omg surprise I found them each shoveling 2 different neighbors driveways - after they finished ours. This moment proves they are straiten to get it.  They are learning to care about others and think a little bit less of themselves.

Older Posts Home
Subscribe to: Posts (Atom)
© Elizabeth Anson
All pictures and text are sole property of Elizabeth Anson. Please do not reproduce without permission.

"When you come to the temple you will love your family with a deeper love than you have ever felt before. The temple is about families." 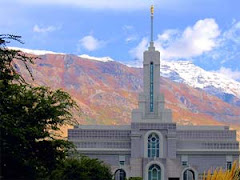 Click the picture to learn more about this truth.

"If you are still in the process of raising children, be aware that the fingerprints that show up on almost every newly cleaned surface, the toys scattered about the house, the piles and piles of laundry to be tackled will disappear all too soon and that you will - to your surprise - miss them profoundly."